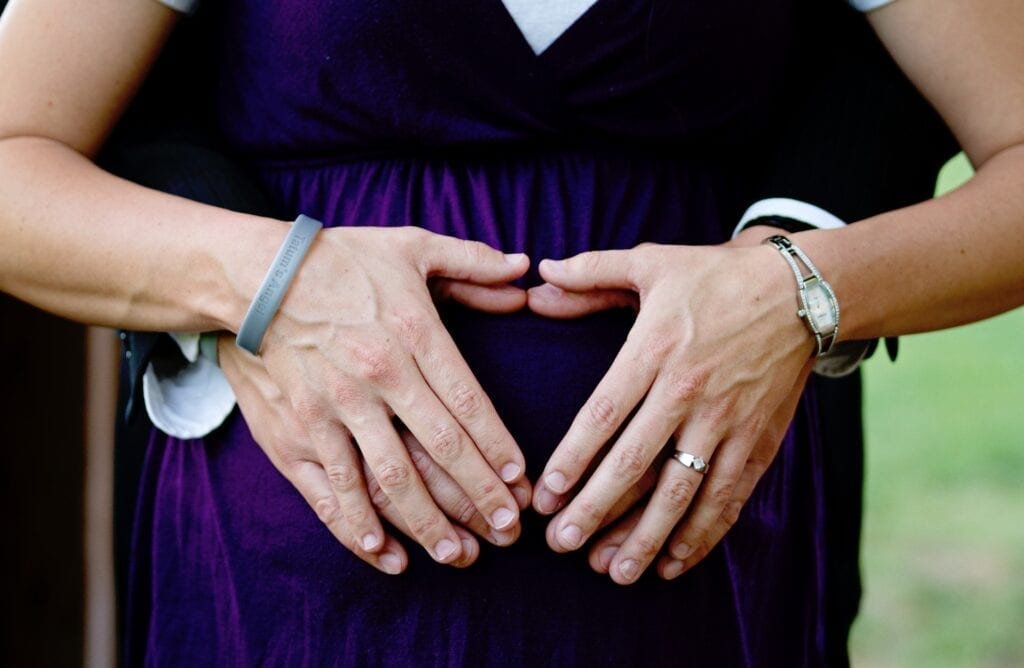 In today’s blog Jon Galluccio shares his story of love, family and expanding the definition of mothering. Read on…

On January 3rd 1996, wrapped in a light blue snowsuit, we brought home our first child, a son, Adam. I gleefully began my three year commitment as a stay at home DAD!

As a gay couple, my husband, Michael and I had decided many things when it came to launching this quite possibly impossible plan of adopting a child. For this story I will focus on just one, the stay at home dad role. We figured one of us had to stay home. We were together 13 years by then and although we had stability on our side there still was that pesky little gay issue.  With us committing to raising a child with a stay at home parent we would be a shoe in for one of those coveted roles of fostering to adopt a special needs, drug addicted, HIV positive baby. We were right!

I was an actor in 1995 and Michael was a sales manager for Nokia, financially there wasn’t a question as to who would stay home. My only claim to acting fame would be the lead in a music video for Great White’s “Stick It”…in the 80’s…enough said.  However, I must admit that it was really more about my gifts to nurture that cinched my deal to stay home and raise Adam. These gifts flow from within so it seemed to me, since I was already the cook and the cleaner (although to be fair to Michael, he’s pretty good at cleaning too), taking that on full time along with Adam should have been simple. Ha!

I was quickly becoming something I had never seen before since  I don’t count the Michael Keaton character in “Mr. Mom”.  I certainly knew many real men who were dads.  I even had a few dads myself.  This was entirely different.  The dads I knew all worked and this dad, me….my job was being a shhhhhhh, “mom”.  There was clearly an unwritten rule somewhere that said, “IF YOU DON’T WORK, STAY HOME AND TAKE CARE OF THE KIDS – YOU ARE A MOM”.  After my first trip to Shop Rite I sensed a lot of confusion and judgment coming my way. I was not prepared and it was extremely emasculating for me.  I hadn’t realized how readily people rely on gender roles and definitions to comprehend their world.  Defining who I was became very important to those around me and then sadly to myself.

Then we fought to adopt Adam.  We were confronted with right wing fear, blasting us for not giving Adam the chance to have the Mother he really   needed.  The attacks went on and on, personal and hateful.  I was braced for a fight and felt compelled to defend our decision.

Understandably, I had a bit of an attitude that first year.  I was also defending my Dad-ness over my Mom-ness at every turn. I’m a stay at home DAD damn it. I know, I cook, clean and take care of the kids but I’m a DAD….a man.

On Mother’s Day in 1997, dear 89 year old Aunt Mary, with her Italian accent, wished me Happy Mother’s Day. Exasperated, defeated, I replied, “Aunt Mary, you know I am their dad not their mom!”.  She looked up at me sweetly and said,  “ NO, you cook, you clean, you MOTHER FATHER BOTH!”.  She was so sincere, so kind and so right.  Like a scene from the Grinch, my heart swelled with joy as I was able to see, feel and embrace that yes I was a mom too and liked the new definition of ‘mother father both’!  I shared this with Michael and although we laughed over the sweet new phrase, its imprint remains on my heart to this day.

Nine years later, my daughter Madison came home from school with this story for me.“Hey Dad, the kids were feeling sorry for me today because we were making Mother’s Day cards and I don’t have a mother. So I asked them what their mother’s did that made them so special.  When they were done telling me, do you know what I told them?  You do all those things and more so you must be my Mom too.  So no one needs to feel sorry for me”.  With that she handed me my first mother’s day card. I cannot imagine a prouder mother than me at that moment.

If you’re good at math you might have noticed that my three year commitment was extended. It was extended to 14 years at home actually. Only last year did I return to the work force after going back to school and getting licensed in Financial Services.

To be honest, now I’m just another working mother and let me tell you, it’s exhausting!

Kick Ass Post Script– Jon and his husband Michael were the lead plaintiffs in a class action law suit against the state of New Jersey.  They won and now New Jersey is the first state in the nation to allow gay couples to adopt jointly, equal to married couples.  And they lived happily ever after…  For more information or to purchase their book “An American Family” please click here.